My Life as a Goddess

In the vein of New York Times bestsellers Why Not Me? by Mindy Kaling and We Are Never Meeting in Real Life by Samantha Irby, a collection of side-splitting and illuminating essays by the popular stand-up comedian. 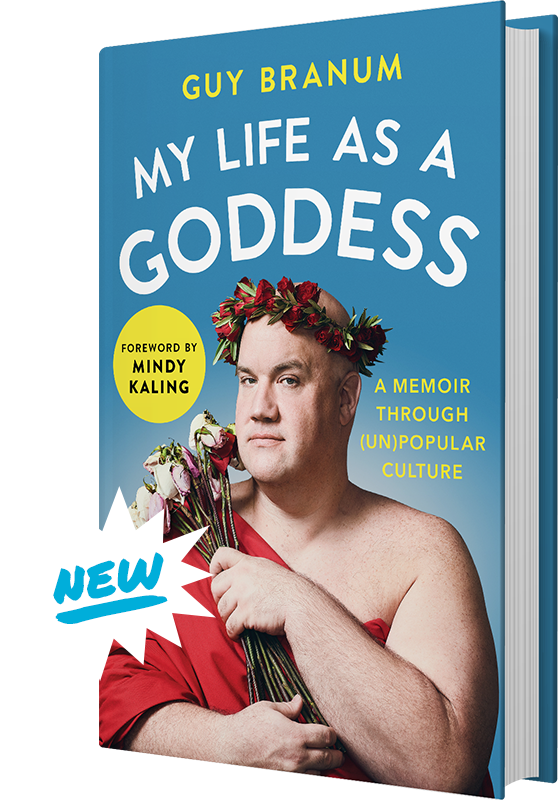 From a young age, Guy Branum always felt as if he were on the outside looking in.

Self-taught, introspective, and from a stiflingly boring farm town, he couldn’t relate to his neighbors. While other boys played outside, he stayed indoors reading Greek mythology. And being gay and overweight, he got used to diminishing himself. But little by little, he started learning from all the sad, strange, lonely outcasts in history who had come before him, and he started to feel hope.

In this collection of personal essays, Guy talks about finding a sense of belonging at Berkeley—and stirring up controversy in a newspaper column that led to a run‑in with the Secret Service. He recounts the pitfalls of being typecast as the “Sassy Gay Friend,” and how, after taking a wrong turn in life (i.e. law school), he found stand‑up comedy and artistic freedom. He analyzes society’s calculated deprivation of personhood from fat people, and how, though it’s taken him a while to accept who he is, he has learned that with a little patience and a lot of humor, self-acceptance is possible.

Written with Guy’s characteristic blend of wit, guile, and rumination, My Life as a Goddess is an unforgettable and deeply moving book by one of today’s most endearing and galvanizing voices in comedy.

"It’s often enough for a comedian to be very funny. Guy Branum not only makes you laugh out loud; his perspective is singular, genuinely ballsy, and essential. Many comedians are praised for saying things most of us think but are too scared to say. Guy says the things we weren’t smart enough to think of in the first place."

"Empowering, funny, and so incredibly different from anything you’ve ever read, Guy Branum's memoir made me laugh, it made me cry, and it made me very jealous. No one else but him could write something this extraordinary."

"An incisive and witty memoir."

"Guy Branum knows everything. A lot of people are funny, though few are as funny as Guy, but his intellectual curiosity and moral sure-footedness make him not just a comic but a lifeline. Long live our Patron Saint of Too Much."

"Guy Branum is a force of nature. He’s written a book that is generous and withering, hilarious and precisely observed, putting his incredible talent toward trying to understand what it means to feel apart from the world. I wish I could give this book to the 14-year-old version of myself, who probably wouldn’t have appreciated how much he needed it. You’ll devour every story and be struck by how lucky we all are to have Guy’s gay voice. Just buy this f*cking book, you idiots."

"Keenly observant and intelligent, Branum's book not only offers uproarious insights into walking paths less traveled, but also into what self-acceptance means in a world still woefully intolerant of difference. Wickedly smart, funny, and witty."

My Life as a Goddess